| Blog | | Double or Nothing: Getting the Most out of Your Clinic Visit

Double or Nothing: Getting the Most out of Your Clinic Visit 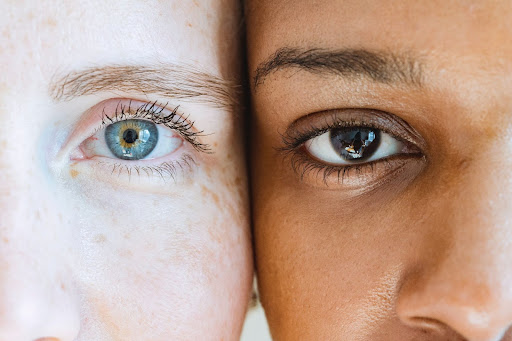 Cosmetic surgeries can do wonders for appearance, confidence, and social ease. But there are plenty of valid reasons to hold off on a great cosmetic operation as well.

However, sometimes, the only thing dissuading you from a rhinoplasty or other cosmetic procedure is the cost. But did you know that there are many cosmetic procedures you can get done at the same time, saving you both time and money? This blog will cover some of these “double” options, including…

Many people looking into getting a cosmetic procedure done on their noses tend to confuse these two procedures. This isn’t a surprise, given how often rhinoplasty and septoplasty costs are merged by having both procedures done at once.

And what’s the difference? Technically, a rhinoplasty is any procedure that deals with the exterior of the nose – removing bumps or crooks, or cutting down on its width or length. A Septoplasty, on the other hand, involves changing the interior nasal passages – it gets its name from “septum”, the piece of cartilage between your nostrils. While septoplasties can be done for appearance, they can also help clear up breathing issues.

A blepharoplasty is a procedure used to reduce sagging skin or excess fatty tissue around the eyes. This area of the face is often the first to show signs of aging, and in some people there can be unsightly excess amounts of skin. A blepharoplasty is a cosmetic procedure that helps provide a smoother and more natural appearance to the eye area. It can also in some cases improve vision if the eye folds are blocking parts of the eye.

As the names suggest, upper blepharoplasty involves removing excess skin above the eye, while a lower blepharoplasty involves doing the same below the eye. Since both of these procedures change the appearance of the eye area, it makes sense to plan them both at the same time and get them done at the same time as well. That way you don’t end up having to go back to get one part of your eye to match your new appearance in another area.

It makes sense that if you are getting a cosmetic procedure on your eye or nose that you’d want to double the amount of work to cut down on the cost. However, there are some double procedures that aren’t as obvious at first glance. For example, did you know that you can get cheek implants put in at the same time you go in for a facelift?

A facelift is a cosmetic procedure that involves the tightening of muscles under the skin to give a more youthful appearance and cut down on wrinkles. The procedures do involve making incisions, however – and you can use those same incisions to have cheek implants put in.

Cheek implants are silicone implants that, like chin implants, let you better define the contours of your face, specifically the area under the eyes. They can help provide a stronger and more youthful appearance to the face, or simply a more defined cheek line where one is lacking. Getting cheek implants at the same time as you are making incisions for a facelift is a great way to double the value of your cosmetic procedure.
And of course, make sure to talk to your cosmetic surgeon about what sort of other options for combining surgeries and procedures there are. What matters most is an end result where your confidence in your appearance is maximized.