| Blog | | Can Anything Be Done About Stretched Ear Lobes?

Can Anything Be Done About Stretched Ear Lobes? 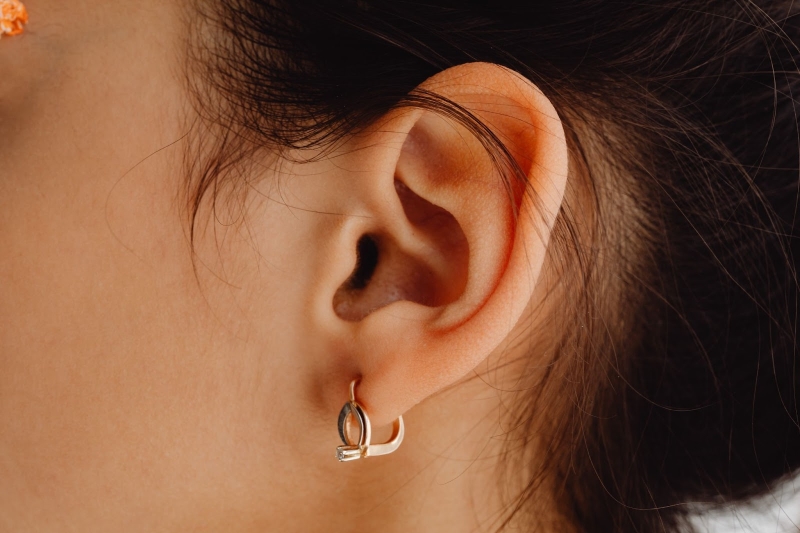 Sometimes stretched earlobes are something we give ourselves intentionally. Other times, pulled lobes are caused by accidents and injuries. Regardless, there comes a point where someone with stretched ear lobes simply wants them gone and to return to their original size and look. But is there anything that can be done about stretched lobes? Let’s find out!

Most of our ears are given structure by cartilage, just like our noses. Our earlobes, however, are simply made up of flesh and skin. Because of this, it’s relatively easy to pierce the earlobe – which is why earrings are so popular.

In some places around the world, plug earrings, or ear gauges, are also popular – these are larger versions of earrings that go directly into a hole in the earlobe. Over time, these will stretch the lobe. While this allows for more oversized objects to be put into the ear lobe over time, it will also stretch out the lobe. Over time, this stretching will become permanent.

For some people, a stretched lobe is the point of getting ear gauges. However, later on, they might start to tire of this appearance or wish they had the old shape of their ear lobe back.

Since the earlobe is only flesh, it can also be easily damaged by accidents or injuries. Ear lobes can be torn or stretched out due to traumatic force inflicted on them. One of the most common forms of harm to the lobe is when an earring is accidentally caught and pulled.

Some people may also simply be born with lobes that appear to be more stretched out than usual or have other deformities. It’s also common for the earlobes to start to sag or stretch as they age.

How Can I Fix Stretched Lobes?

The best scenario for you is that you never have to go looking for cosmetic ear surgery in Toronto, whether that be otoplasty surgery, ear pinning or other. This means that prevention is always the most essential step when it comes to protecting your earlobes. If you are worried about stretching your lobes, you should try and get smaller earrings that aren’t prone to snagging. It’s also essential to take out your earrings before physical activities or sleep.

If you have a stretched or torn lobe, you’ll have to start looking for otoplasty in Toronto. Otoplasty refers to cosmetic ear surgery – you can think of it as the ear version of a rhinoplasty. Often, otoplasty is used to adjust the size or orientation of ears. However, it can also be used to repair damage or stretching of the ears. Generally, otoplasty for stretched ears will involve stitching the skin of the lobe back together. This kind of otoplasty is one of the quickest and easiest to get, since it doesn’t require work to be done on the cartilage of the ear.

Is Otoplasty Worth It?

If you’ve seen any otoplasty before and after pictures, you’ll know that it’s a process that is well worth the cost. In many cases, otoplasty can be performed in under an hour, using only a local anesthetic.

Recovery from otoplasty is generally fairly straightforward. Within a few days, swelling and bruising should go down, and any pain will be minimal and easily handled with a local anesthetic. Stitches and bandages can normally be taken out after about a week. However, you may want to hold off for a couple of months before you get your ears re-pierced.

If you have more questions about otoplasty in Toronto, don’t hesitate to contact us today!